We are interested in studying method to determine the attitude expressed in a text towards a topic (stance detection), such as determining if a tweet expresses a positive, negative or neutral stance towards a political entity. One additional challenge we are exploring is stance detection in a conversational context, where the stance depends on the context of the conversation. Fact checking using textual data can be framed very similarly, namely as if an evidence document agrees with, disagrees with or is topically unrelated to a headline or claim.

We are researching the relationship between attitudes towards entities on social media and gender bias as part of a DFF Project 1.

Moreover, we are researching methods for explainable stance detection in the context of a DFF Sapere Aude Research Leader project, and explainable fact checking as part of an ERC Starting Grant project. 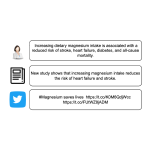 With the substantial rise in the amount of mis- and disinformation online, fact checking has become an important task to automate. This …
Isabelle Augenstein
PDF Project Project

A Survey on Stance Detection for Mis- and Disinformation Identification 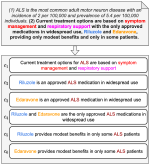 The goal of stance detection is to determine the viewpoint expressed in a piece of text towards a target. These viewpoints or contexts …
Momchil Hardalov, Arnav Arora, Preslav Nakov, Isabelle Augenstein
PDF Project Project Project 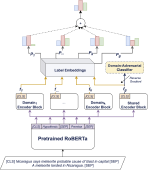 Determining the Credibility of Science Communication

Most work on scholarly document processing assumes that the information processed is trust-worthy and factually correct. However, this …
Isabelle Augenstein
PDF Project Project

The past decade has seen a substantial rise in the amount of mis- and disinformation online, from targeted disinformation campaigns to …
Isabelle Augenstein
PDF Project Project 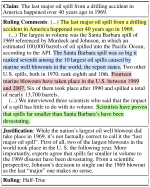 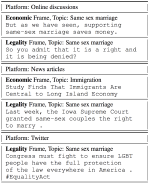 Rumour stance classification is a task that involves identifying the attitude of Twitter users towards the truthfulness of the rumour …
Elena Kochkina, Maria Liakata, Isabelle Augenstein
PDF Code Dataset Project

2 PhD fellowships and 2 postdoctoral positions on explainable fact checking are available in CopeNLU. The positions are funded by the …
22 Nov 2022 ERC StG PhD and Postdoc Fellowship Call
Project Project